Drinking the Cool-Aid at Black Tap.

Totally drank the cool-aid today. Well, drank a few milkshakes rather. And I have zero regrets about it. We live in a completely digital world. A world where one social media post can change a business owners life. http://www.buzzfeed.com posted about a restaurant in NYC that’s serving $15 milkshakes. My initial reaction was that it can’t possibly be worth that amount of coin. It’s bad enough an average lunch in the city costs $15. But for a milkshake that I can easily make myself, no way.

Before I get to todays excursion, let me rewind to last night. After I got out of work I met with my girlfriend Jillian. She was in town and wanted to spend the night. My roommate Lauren also had her friend Ria staying over. Instant girls night, right? We contemplated staying in and cooking. Who were we kidding, margaritas were the goal. Or margs as Lauren refers to them. After hitting happy hour for $5 mango margaritas we decided to hit a wine bar. After the wine bar we stopped at a pub. I know its considered #THIRSTYTHURSDAY but we definitely made it a #PUBTOURTHURSDAY. You can’t put a price tag on laughter and gossip with friends.

Man did 3am come fast. I managed to make it to work and have a successful show with the team. After the show, I felt the crash coming on. All I could think about was my head hitting the pillow for a killer nap. Our executive producer Monk asked if we wanted to join him for lunch at http://blacktapnyc.com . The place with the buzzed about $15 milkshakes. Umm yeah!!!

We hit the number 6 train to Spring street around noon. When we got to the restaurant there was not one, but two lines wrapped around the corner. The wait, three hours.

Come to find out that Monk had initially made plans with a friend. To my surprise, Monks friend was TV traffic reporter Lauren Scala from channel 4. She couldn’t be any nicer and so beautiful. She had previously done a piece on the restaurant and filled us in on some details.

While waiting on line a man walked by and said, “Its fucking ice cream.” He looked extremely agitated by the hoards of people gathered to get a taste of these viral sensations. I assume he lives on the block. Either way it made us laugh.

If you want to go, just remember there are two locations for Black Tap. One in Soho and the other in the meat packing district. We went to Soho. 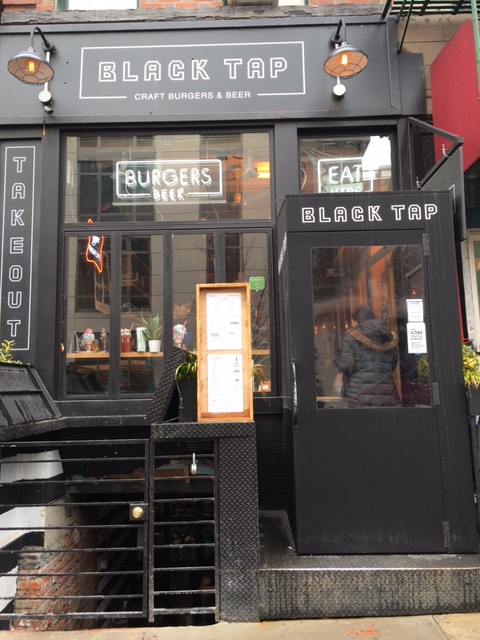 We got our seat at the bar and noticed that it was very tiny inside. Maybe enough seats for twenty people. Hence the wait.

I can’t have a milkshake without a burger. So I tried the texan burger. It was loaded with cheddar, fried onion, bbq and mayo. I added a fried egg. Oh yeah and a pint of Greenpoint harbor port. Why not? 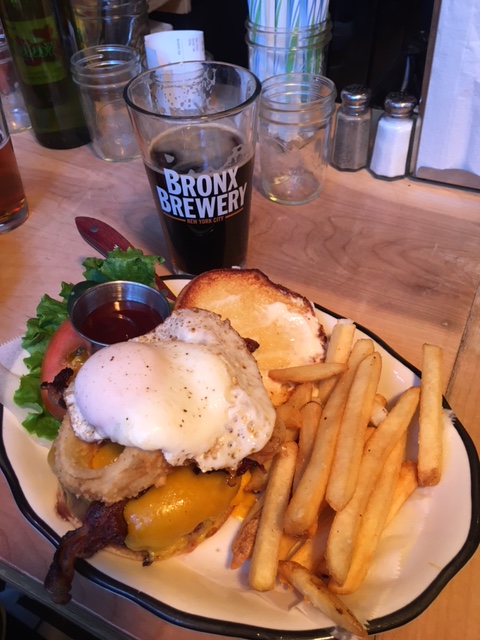 But now the moment of truth…… 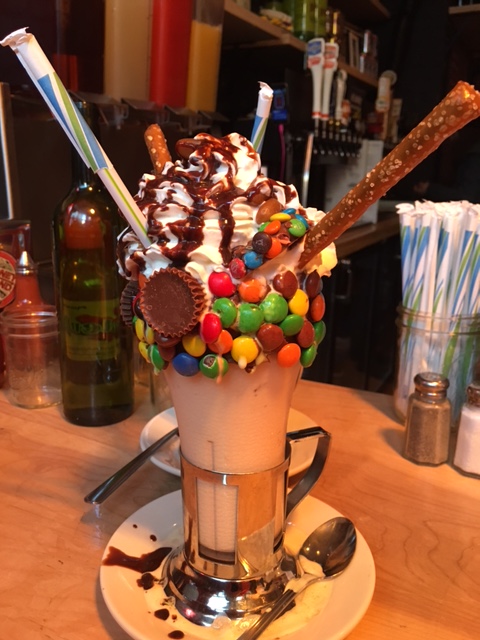 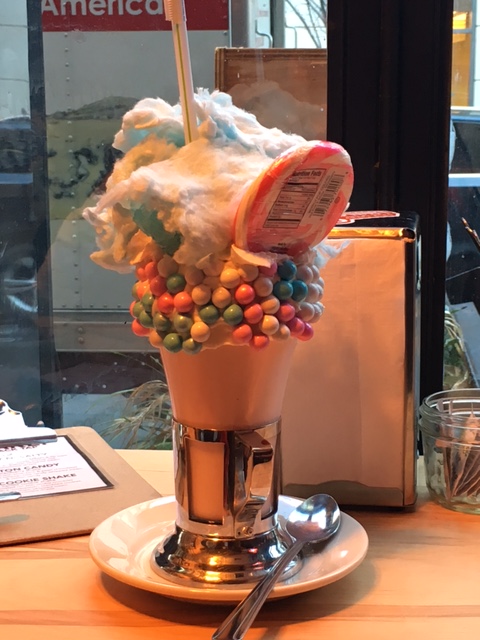 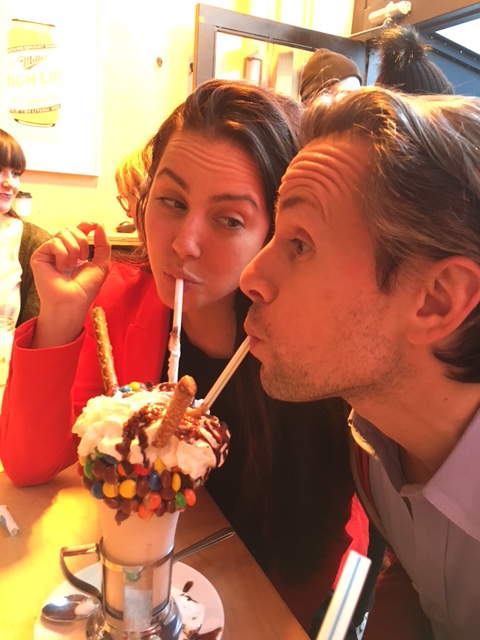 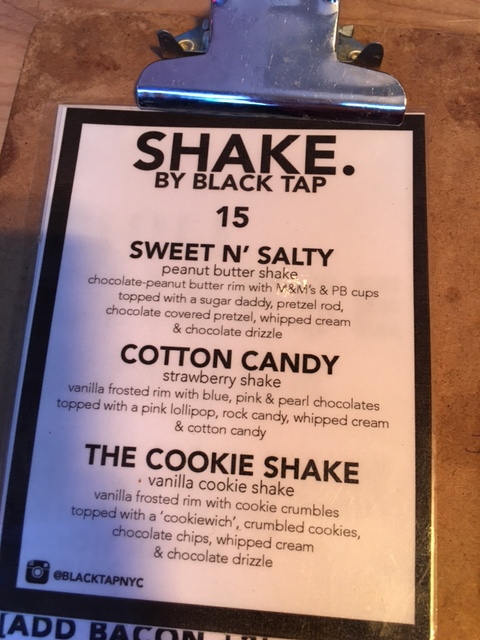 Our bartender Jennifer was relieved that we actually drank our shakes. She said it broke her heart how many people order them to take a picture. Literally take a picture and not even a sip. $15 for some instagram “likes.”

I must say they didn’t disappoint. Perfect creamy texture with just the right amount of sweetness. They were more eye-candy than anything. But I found my overall positive experience was the company I was with. We shared stories about our lives in media and laughed at the absurdity of how quickly things can blow up. There’s no denying, Food brings us together! Now I’ll take that nap. Sweet Dreams!

PS-Thank you Monk for picking up the tab!

Hello there, I’m Anne Marie Leamy. Born and raised in NY, I split my time between NYC and the Hudson Valley. My weekday mornings are spent on the airwaves at 95.5 PLJ. Simply Old Fashioned is my place to share favorite recipes, travel experiences, & my journey as a new mom. I look forward to connecting with you. Email me any time! xoxo