I got engaged on May 16th, 2015 in Central Park. I’m doing this all backwards by writing about our engagement photos before the actual engagement. I’ll dedicate a future post to that lovely journey. I seem to be doing everything backwards these days.

The engagement was a total shock! I wanted a few months to just enjoy the moment, but then time flew. I realized I had to get cracking so I started to think about engagement photos. Sean and I never had professional photos done. What a fun opportunity.  Living in the Hudson Valley, the go-to setting is the fall foliage. I wanted to do something different. I thought, how cool would pictures in Central Park, in the snow be? We hadn’t set a date yet so there was no pressure. I had visions of Sean with snowflakes in his hair and a blanket of clean snow on the ground. I started to research photographers and emailed with a few. I couldn’t just put them on call of course. They needed a specific date and time within a two hour window. We scheduled a date in November, NO SNOW. We scheduled a date in December, NO SNOW. We scheduled a date in January, NO SNOW. By this point I was almost over it. Winter 2015-2016 wasn’t having any of it.

Rewind to December 4th, 2015. After work my friend/co-worker Jayde was off to lunch with her brother, who was in town from California. She asked if I wanted to join. Off we went to this amazing place we love called Lillie’s Times Square. I knew their Guinness was on point and was craving their shredded BBQ chicken nachos. Her friend Margie joined us for a drink. I met Margie a few times before through Jayde and got to know her better at a radio boot camp in Chicago. She asked how the wedding planning was going and I explained my dilemma with the “snow shoot.” She told me how she is into photography and it’s a true passion of hers. When I described my vision she pulled up a photo she took of a couple and it was perfection. Exactly what I had explained. And by a twist of fate she got married on May 16th. The same date we got engaged. We laughed and said it was meant to be. She was so generous and offered to take some pictures during the next snowfall.

(In the photo below: Bryce, Myself, Jayde, Margie and Mike) 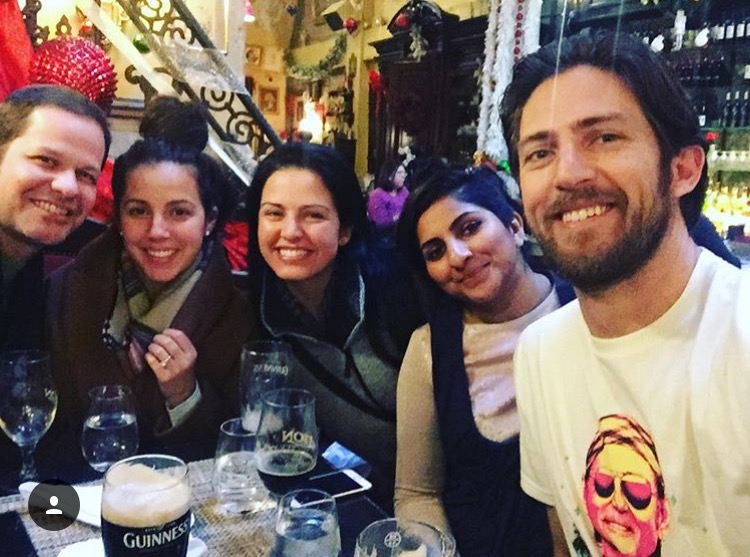 Fast forward to the weekend of January 22nd. The impending winter storm Jonas. Margie texted me to say she had her equipment and would meet me in the city. She would have to take the train in from Kingston, which would be a long journey for her. FINALLY the snow I had waited eight months for was here, but I couldn’t do it. I had a planned weekend with the girls at Crystal Springs, in New Jersey. I was devastated. My girls are a major part of my life and we looked forward to this weekend for months. There was no way I was missing it. I texted Margie that unfortunately I couldn’t that weekend. She understood. Well, Jonas turned out to be an epic snow storm. 33 inches in central park. Monday morning, pictures of couples getting engaged and married in the snow went viral. I was so upset. I began to have serious FOMO. At this point I decided it was time to let it go. I hadn’t told anyone about our plans, so I wouldn’t jinx it. I wanted the pictures to be a surprise. That made the disappointment easier to bare.

Valentines day weekend Sean came to NYC to stay. He had a three day weekend because Monday was a holiday. He primarily lives in Poughkeepsie and I go home some weekends. He got me the most thoughtful gift. A necklace with our engagement date engraved on it. He had the latitude and longitude coordinates of the Loeb boathouse engraved on the other side. 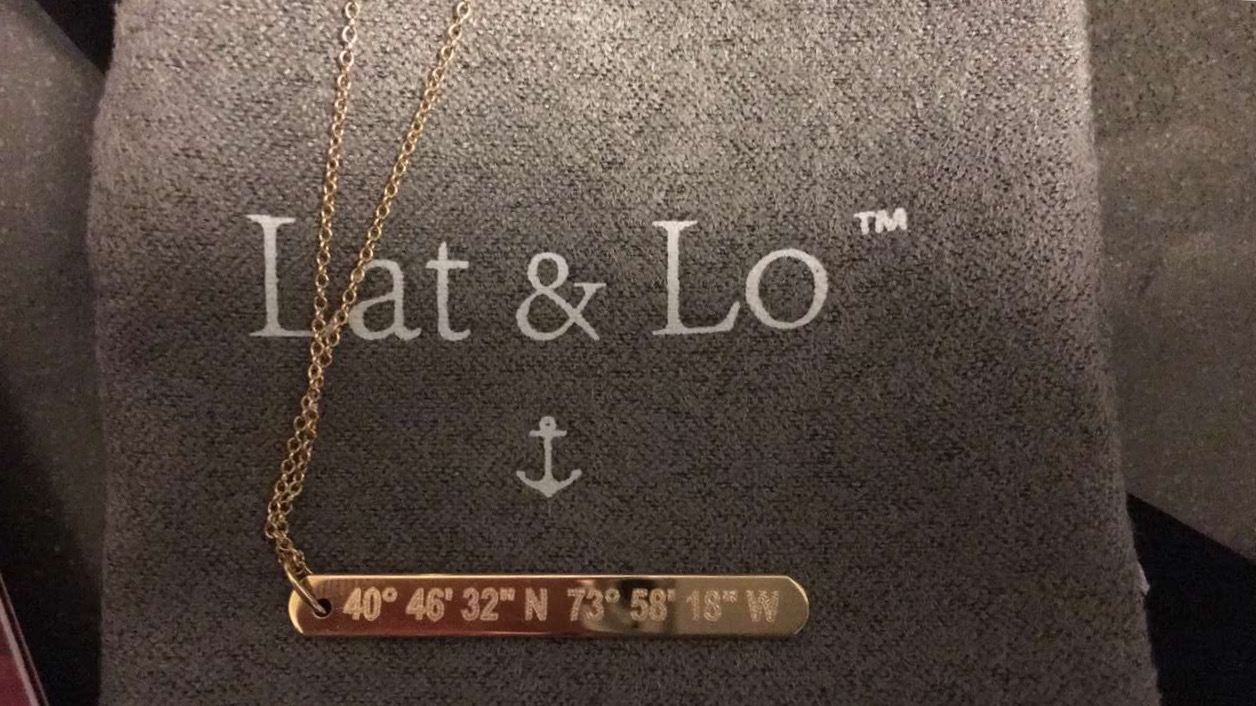 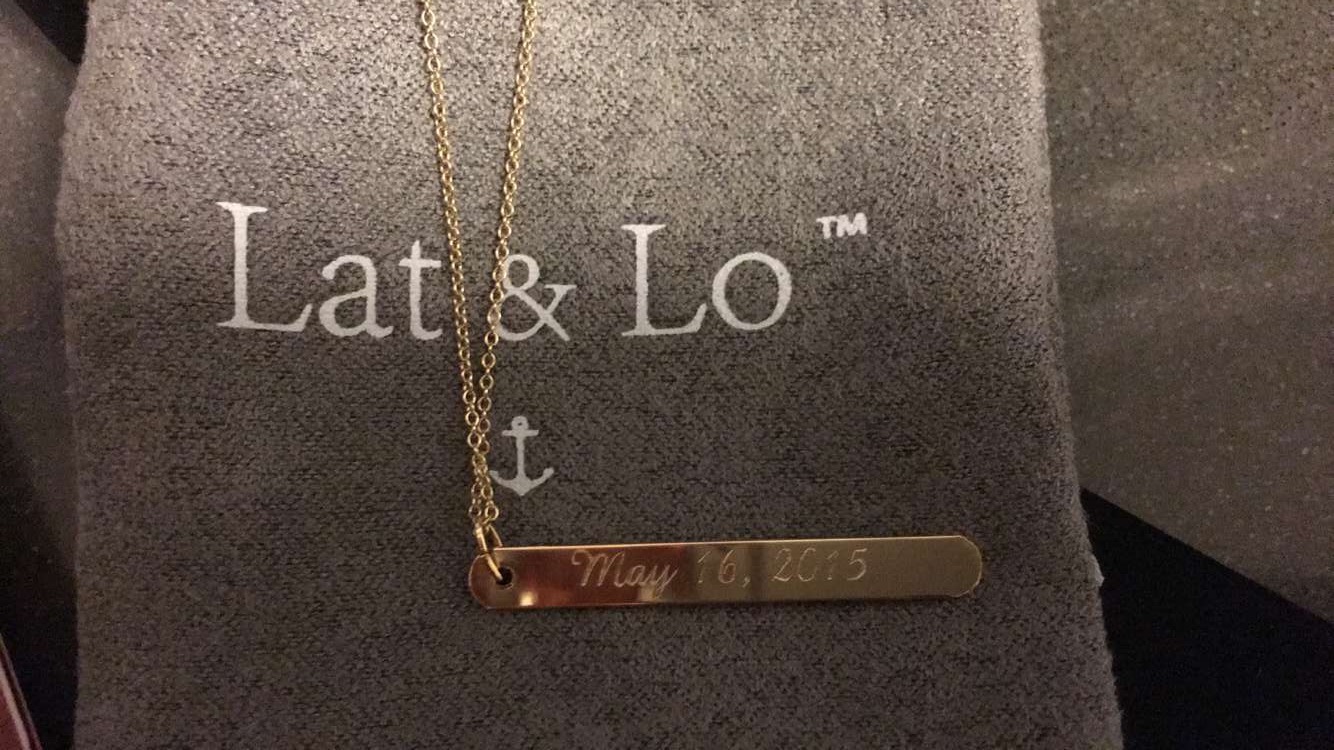 We went to get a burger and beer at his favorite spot, BareBurger. Check out this onion ring. ❤️ 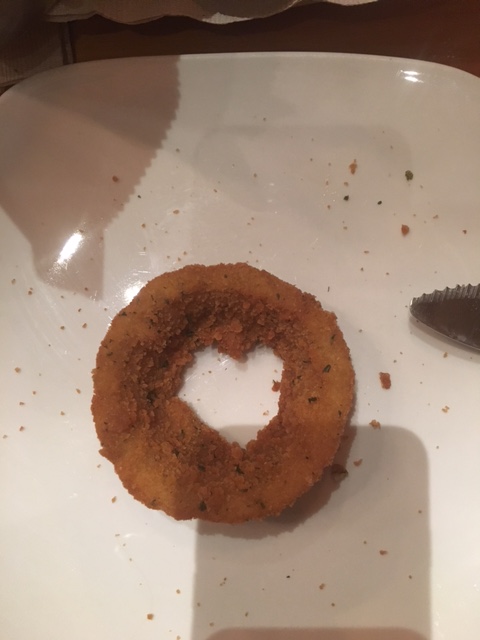 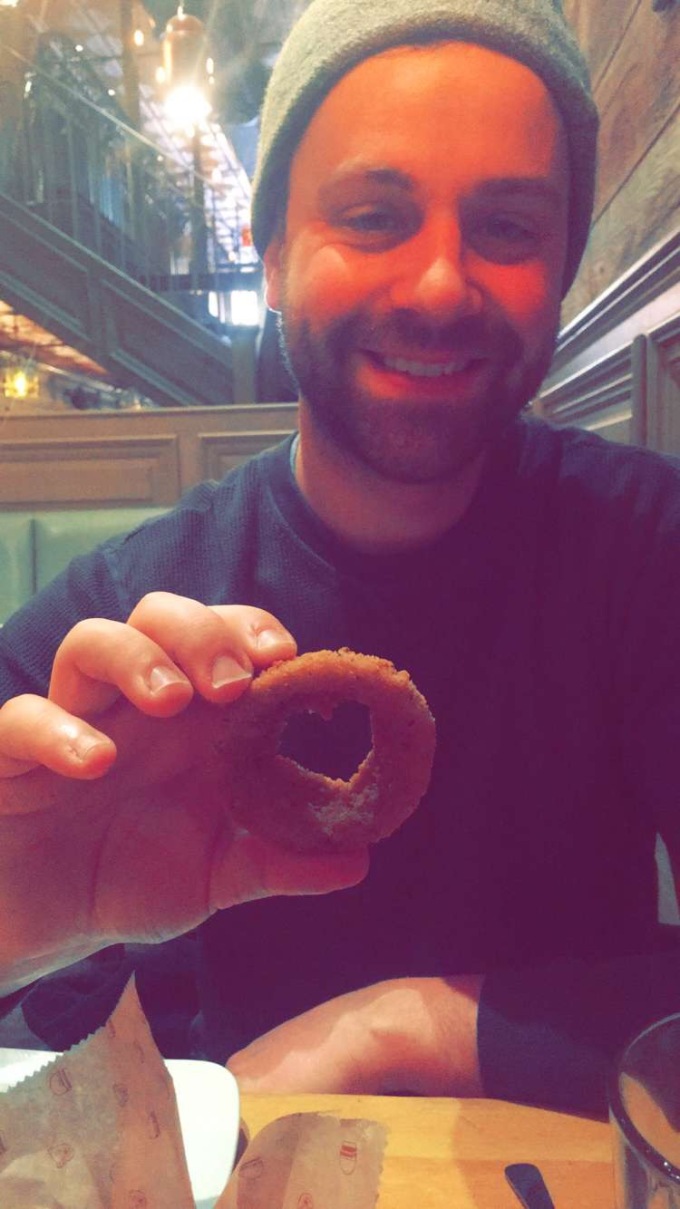 We made a pit stop at beer joint and called it a night. 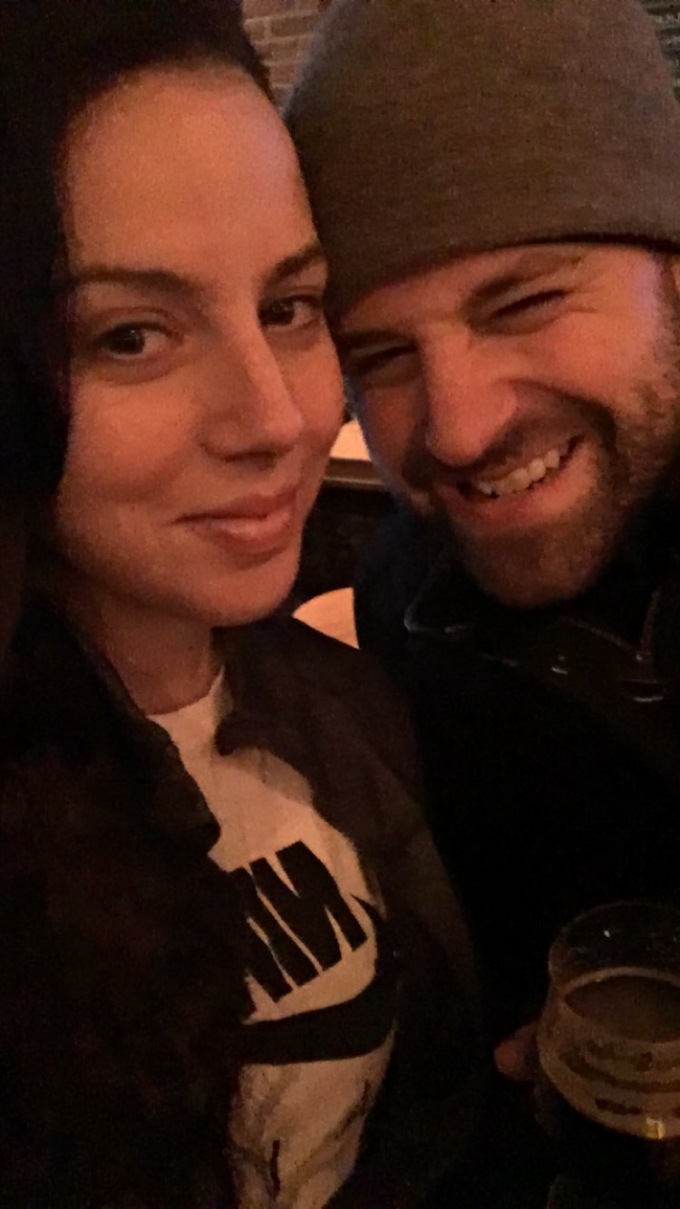 Why is this relevant? Well, had I known there would definitely be snow the next day, I might have avoided the beer bloat!!

Monday February 15th the forecast called for snow flurries. And how perfect, Sean’s in town.

Here it was, the day I hoped for. I raced home and threw some curls in my hair. Slapped some red lipstick on and ran out the door. Not exactly what I imagined I’d look like. My makeup was all over my face and Sean didn’t exactly have dress clothes with him. The snow was coming in a small window of about two hours so we had to hustle.

Margie had the day off and took the train in.  I couldn’t be more grateful that she was willing to make the trip. We met at the Loeb boathouse. Margie told us to just have fun and she would snap away. Sean and I were totally awkward. We giggled and turned red at having to stare face to face. We started at the boat house and decided to wander from there. We walked across the bow bridge and took some shots there. I remembered walking down a long walkway with lamps and trees on both sides months prior but couldn’t remember where it was. Luck was on our side again and we stumbled upon it. It’s called “The Mall” at Central Park. After an hour or so we called it a wrap. It was numbingly cold outside. We parted ways with Margie and hoped for the best.

The best is exactly what they turned out to be. I loved every single one. Margie is fantastic. A true artist behind the lense. Here is her website and social media info:

And here is a gallery of her work from our “Snow Shoot.”

This is at the Loeb Boathouse! http://www.thecentralparkboathouse.com

I am so happy with what Margie captured for us! Things always have a way of working themselves out. Thank you Margie. You are amazing.

After much disagreement, this is the one we chose for our “Save the dates.” Sean didn’t like that he wasn’t looking at the camera. I tried to explain it was a candid. Not formal. It was something about the way he’s looking at me and of course the snowflakes in his hair. I love that it’s perfectly imperfect. And what a shot of the mall. Amazing. 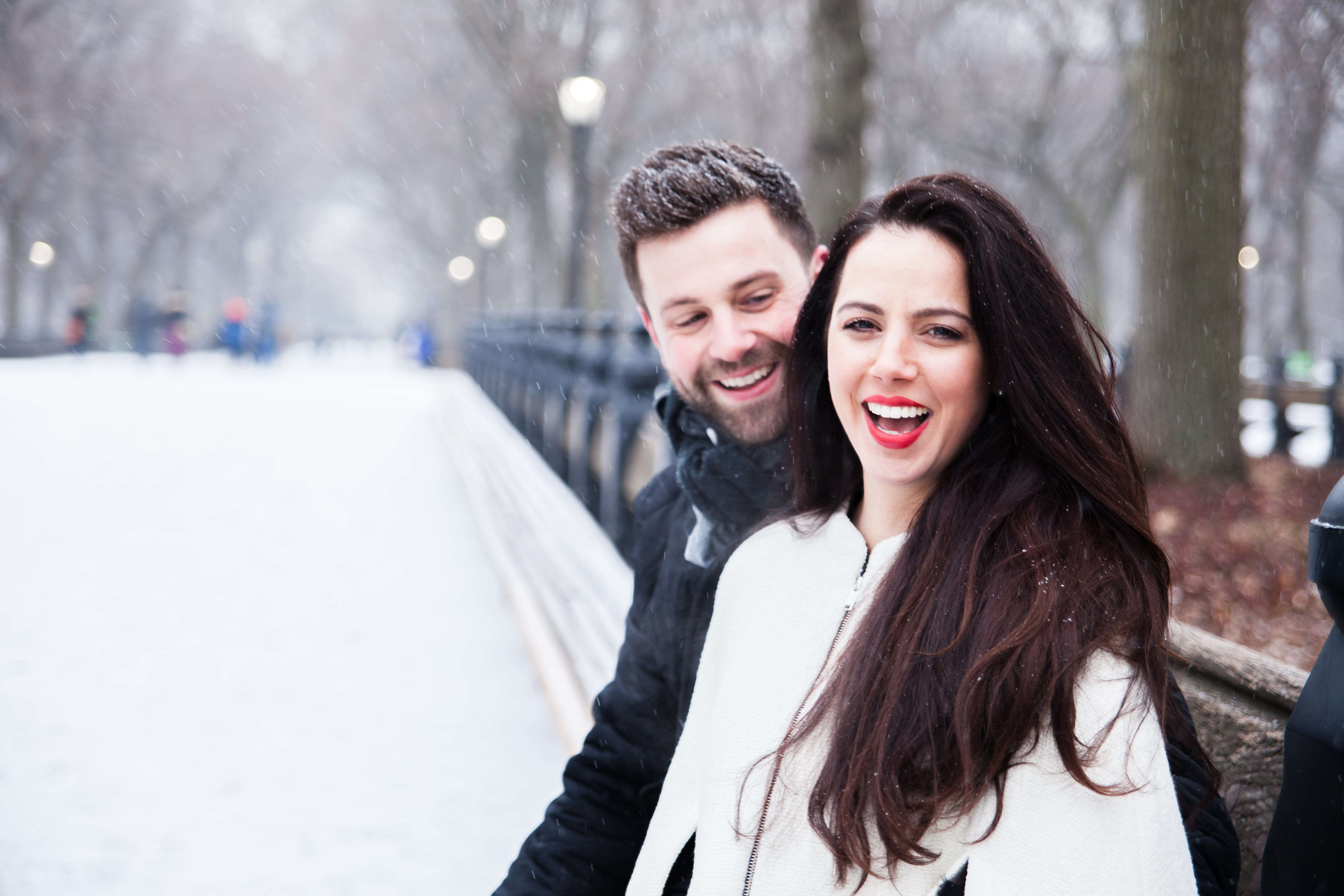 My favorite part of sending the save the dates was the surprise aspect. I’m learning to enjoy things when I keep them for us first. The sweet emails when people received them to the fun texts and even snaps. I handed one to my boss since I didn’t have his address and he said, “I love the way he’s looking at you.” YES!! 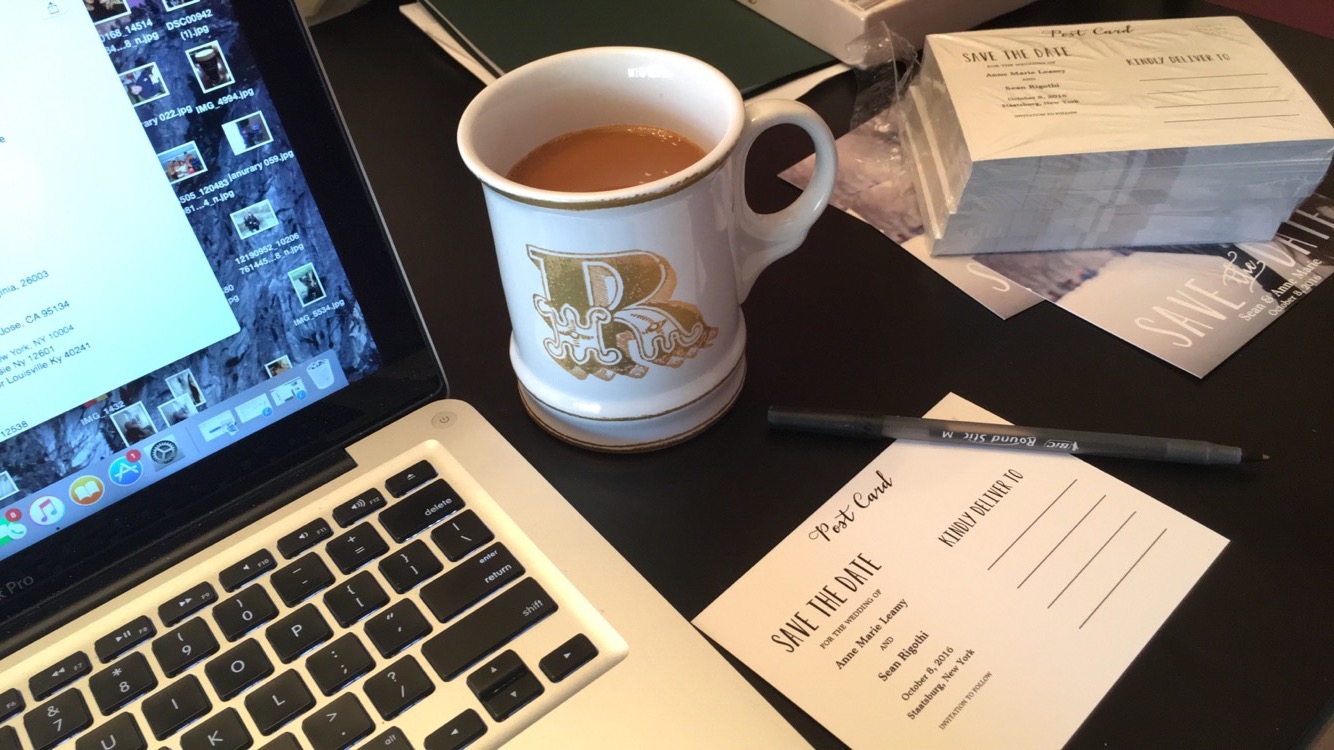 Here’s a snap from my friend Sandy! 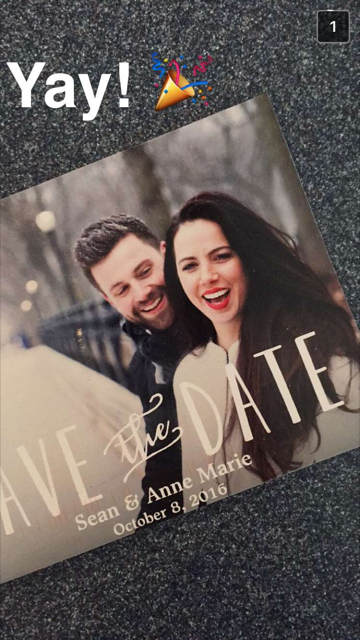 I made Seanie take one last picture at the end of that day! He was pooped. 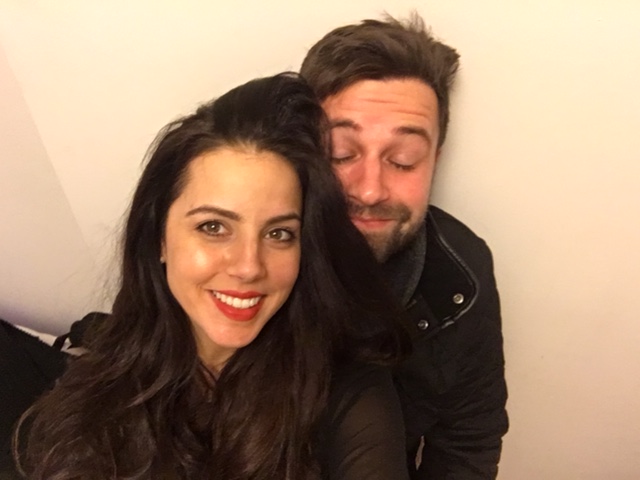 When you have a vision, don’t ever give up. Fate always works its magic.

“Hit Me” chocolate cake at “Catch.”

Hello there, I’m Anne Marie Leamy. Born and raised in NY, I split my time between NYC and the Hudson Valley. My weekday mornings are spent on the airwaves at 95.5 PLJ. Simply Old Fashioned is my place to share favorite recipes, travel experiences, & my journey as a new mom. I look forward to connecting with you. Email me any time! xoxo